Getting Around Kuala Lumpur By Train, Car, And Bus

Getting around Kuala Lumpur, the national capital of Malaysia and its largest city, covers an area of 243 km2 (94 sq mi).

For travelers and visitors, there are several hassle-free options for getting around the city center.

Kuala Lumpur is a busy city filled with plenty of sightseeing opportunities.

Transportation in Kuala Lumpur is diverse and efficient.

Whether you choose to self-drive, go by light-rail commuter trains, metered taxis, or an extensive bus network, Kuala Lumpur (KL) is well connected and accessible via an entire highway network.

The Kuala Lumpur highways are all very well connected.

The shortfall of being in the middle of this giant network of highways is the traffic congestion and morning and evening hour rush caused by motorists.

Here are some easy transport suggestions for getting around KL when you arrive by flight to KL International Airport (KUL) KLIA and klia2.

One of the most convenient and fastest ways to get to Kuala Lumpur City Centre is by train, straight from the airport.

Both KLIA and klia2 are approximately 35km south of the city center.

The KLIA Ekspres train is the fastest and most convenient way for travelers from KLIA and klia2 to reach Kuala Lumpur.

You get high-speed WiFi on the train.

Given the total lockdown directive from the Malaysian Government, the Express Rail Link (ERL) will stop operating from 4 June 221 until further notice. Tip: First-time visitors should get to know the city’s public transportation. KL has efficient light rail transit, commuter rail, and monorail systems that connect to almost every part of the city and beyond.

KL Sentral is KL’s central railway station (it has officially taken over the old Kuala Lumpur Railway Station) and is the largest train station in Southeast Asia.

The hub from which all long-distance trains depart is best known as the integration point of an urban rail-based network.

Apart from the Mass Rapid Transit (MRT), other rail services include the Light Rail Transit (LRT), monorail, and KTM Komuter.

The trains in the city pass through iconic attractions such as KLCC, Central Market, and Muzium Negara.

The card can be used on all trains, as well as RapidKL buses.

Taking A Taxi around Kuala Lumpur

In and around KL, a taxi is a convenient way to get around the city.

However, do insist on using the meter.

Do not be duped into haggling for a price.

According to the Land Public Transport Commission, regular budget taxis (red and white or red and blue cabs) charge RM3 for the first three minutes.

Subsequent distance or time are charged at RM0.25 every 200m or 36 seconds.

For bigger groups and luggage, take the Blue cabs (Teksi Eksekutif) and gold cabs (Teks1M), but they charge a higher fee. Grab is one of the more popular options – you may even see a Grab Pick Up Point at the airport, malls, and hotels.

You can use the service by downloading an app.

If you are new to any city, getting a ride from a Ride-hailing app is safer.

The journey is recorded, and you can see where you are headed.

The only downside is that you will need mobile data or WiFi to operate the service.

You can also book regular taxis on some of these apps. For getting around the city, going by Ride-hailing Apps is the most convenient.

With the pandemic, you may want to avoid the trains as there are many commuters.

Driving around the city during off-peak hours would be a good and safe way to travel.

With plenty of car rental options available online or at the airport, you can easily pick up a car of your choice.

Having a car would allow travelers to get to surrounding townships such as Petaling Jaya, Subang Jaya, Gombak, and Shah Alam in Selangor quickly.

Driving around KL is safe and relatively breezy.

Travel Tip: Avoid peak hours, as traffic congestion can set you back at least an hour!

The bus lines are color-coded and scoot around the central business district – and take you to popular tourist sites and shopping districts.

Go KL Bus Operating Hours from 6 am till 11 pm. If you want a drive-by, you can take a bus to quaint old neighborhoods like Petaling Jaya. You can also travel further on the RapidKL buses.

KL’s array of bus services is quite efficient with a network of public express buses and several privately-run services.

RapidKL is running 177 routes around the city.

There are four classes in the RapidKL fleet of buses

Within KL city center, there are five major bus hubs:

Express Buses are usually much faster than trains and tend to arrive at awkward times in the middle of the night.

Getting Around Kuala Lumpur By Foot

Kuala Lumpur is notorious for its gridlocked traffic during peak hours.

Most travelers opt to travel on foot when exploring the heart of Old Kuala Lumpur.

The original commercial center is Chinatown, an area surrounding Petaling Street as one of the most popular tourist destinations for any visitor to Kuala Lumpur.

You can spend an entire day walking around and taking in the sights and sounds of street markets, temples, shophouses at these destinations. Photo for illustration purposes only. Photo by Uriel Mont from Pexels

Many tourists and visitors prefer to explore Kuala Lumpur at leisure or just shopping and eating trips.

If you are short on time and the destinations are not on a train or bus route like Batu Caves, booking a guided tour saves time as you pick up and drop off at your hotel. 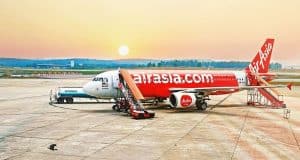 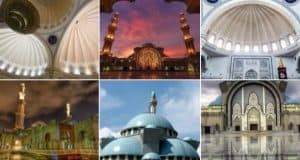