The Malaysian LAH Glues Malaysians Together

The Malaysian ‘LAH’ is that ubiquitous word that peppers every conversation in Malaysia. You need to know this if you conduct business here or just to holiday in Malaysia.

The Malaysian ‘LAH’ – the Glue that holds Malaysians Together

One of the first things most foreigners notice when speaking to Malaysians is the little LAH that ends their sentences.

There’s this random tag at the end of the sentence and after certain words.

If you ask Malaysians to say that to you in English, the reply will most probably be,

“I am speaking in English LAH.”

For first time visitors, you will notice the suffix “LAH” at the end of most sentences.

Most foreigners are perplexed with this.

Malaysian use the word ‘LAH’ frequently in conversation.

‘LAH’ is a suffix that adds emphasis to what one is saying.

The suffix used when speaking in English, Malay, Chinese, Tamil, and local dialects!

There are ten Malay dialects found in Peninsula Malaysia and Borneo Malaysia.

Conversely, LAH is the most used suffix in Malaysia and used millions of times a day throughout the country.

LAH is sometimes used for emphasis and sometimes for NO reason at all.

Are you confused now?

What does this mean? Why do you say LAH?

“LAH” is a suffix in Bahasa Malaysia (Malay language) that adds emphasis to a word or phrase.

“Just do it” roughly translate into “Buat saja.” Do you say Blah to the Malaysian LAH?

LAH is written after a comma for clarity, but there is never a pause before it.

In the original Malay, ‘LAH’ is placed at the end of the word and is not a separate word by itself.

In Malay, ‘LAH’ is often used to soften the tone or a verb that can sound very commanding and deem to be impolite.

‘LAH’ is frequently used with imperatives in Manglish so that you will hear.

‘LAH’ also occurs frequently with “Yes” and “No,” – resulting in a less brusque sound and a smoother flow of conversation.

How to use The Malaysian LAH?

Fumbling responses can be softened with Don’t know, LAH!

The Malaysian LAH can be used for reassurance.

The Malaysian LAH can be used for emphasis.

LAH is used in a spoken list and appears after each item. You can hear this in the Mamak stalls as the waiter prattle on about the menu items.

The origins of The Malaysian LAH

Malaysians use the LAH a slang word to compliment almost any sentence available in a social setting and conversation.

The origins of this slang are from the Malay language.

The people who don’t use the -LAH slang is considered a snob to a certain degree.

Q: Hey, can you lend me five ringgit?

A: Sorry LAH, I need money to pay for my cab and lunch LAH!

Q: Can you help me for a minute?

What’s in a word? What LAH?

An affirmation shortened to “Okay, LAH.”

“He is so handsome, how can he be your boyfriend LAH!” or

“She is too pretty to go out with a frog-like you la!”

When to use The Malaysian LAH?

The quintessential ‘LAH’ peppers spoken English from the street stalls, tourist spot, to schools, places of worship, and yes, even in government offices!

To native English speakers, ‘LAH’ is a particle. Something English language professors call a ‘pragmatic particle.’

How to use LAH?

Even though ‘LAH’ has a linguistic definition and its use has an internal consistency and structure, It is an intuitive word born out of the context in social situations.

The much-loved everyday expression ‘LAH’ is often more than just a cute colloquialism.

It is part of spoken English, Malaysian English, or Manglish.

I have many Western friends who try to assimilate themselves into the Malaysian culture by adopting LAH in their lingua farce.

It doesn’t work out well for the ‘LAH’ novice – to sprinkle it in every sentence.

It sounds strangely weird to the Malaysian ear.

This overkill akin to cutting spring onions with an ax.

A Malaysian can often tell when ‘LAH’ is misused – sometimes, they just can’t logically explain why.

Most of the time, they will laugh, shrug at your suka-suka (doing whatever you like, regardless)usage, and maybe say “no LAH!”

It was me like me listening to myself as I speak. I just think I sound ridiculously funny at times. So what is The Malaysian LAH?

The urban dictionary defines LAH as “a suffix of no standard meaning.

They are often used by in Malaysian English (affectionately named Manglish).

The LAH spices up sentences and to express very different meanings according to the way it is said.

The history of The Malaysian LAH

Malaysians are not exactly clear of the origins of “LAH.”

Or how this word found its way into the English spoken by Malaysians.

The origins of the Malaysian LAH – could be from the Malay, Chinese, or any of the local dialects or languages.

Malaysians speak good English as a rule, but it is equally strange that they place LAH at the end of their sentences very often.

If you’re a visitor, it takes some time to get used to this.

Is there a Chinese LAH?

So if you ask a Chinese in any county what 啦 means, you would get the answer for the meaning of LAH, just translated to the Malay, Indian, or Manglish language.

If you are from the East and are thinking about how do Malaysians speak in Mandarin, I’m sorry I don’t have any examples. Maybe these few words will help explain. To LAH or not to LAH

So do we LAH or not to LAH.

Malaysians will be able to sniff you out in a second!

And tell that somehow, sorry-LAH, you just don’t make the grade.

W the LAH Novice would say – you read this sentence aloud LAH.

So it is better not to LAH – else you Malaysian friend will probably cringe.

There’s no way you can LAH your way out of this; any Malaysian can tell straight-away that this is an impostor.

The art of LAH is, quite simply, not easy for those not born into the culture.

It’s like waking from dreams of feasting on durians and then driving to Balik Pulau in Penang just to eat Durian and Assam Laksa.

To a Malaysian, that is a logical thing to do.

Even Malaysians who live in Kuala Lumpur or Ipoh or some say Johor will think nothing of – driving to Balik Pulau in Penang just to eat Durian and Assam Laksa.

What I am trying to say is this – you need to be born into the culture to use The Malaysian LAH sensibly and effectively.

For those not born into the language, you can try a few (ahem) sophisticated variations of The Malaysian LAH usage.

E: Can’t you even do such a simple thing?

You see, you can lean it formally. You got to hang out with the Malaysians, stay around for some time, and over time, you pick it up.

It’s like the Malaysian Durian. An acquired taste. Only less pungent LAH!

If you know of any usage of the Malaysian LAH that you find funny or just wrong, do share with us.

We would love to LAH with you! 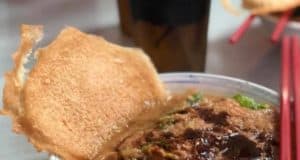 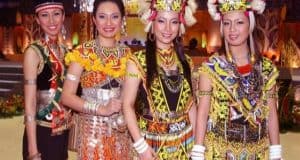 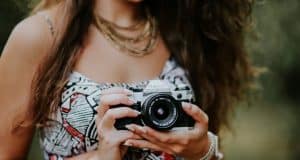 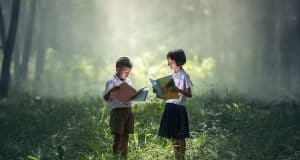