Visitors shouldn’t feed them or encourage them to come close to provide for them.

The baby monkeys are cute, and most visitors enjoy watching them play.

When I visited, the monkeys were everywhere and seemed to know to time their arrival with the tourist buses.

Despite the religious brilliance on display, the macaque monkeys were darting in among unsuspecting tourists and worshipers.

The monkeys are agile and quick and could easily pluck your can of soft drink or sunglasses and toss it to an awaiting accomplice.

The moment the monkey plucked a handbag, they quickly ransack the bag for food before throwing it away.

Be careful as you struggling up the steep steps as sometimes the monkeys will block your way with their to demand their share of the food in a bag or your pockets.

The baby monkey looks cute, but please be careful as the Mother Monkey is very protective and may bite if it feels threatened.

There is a secret underworld hidden from the skyscrapers and high rises in metropolitan Kuala Lumpur.

Before KL developed, the surrounding hills were part of the lush and dense tropical rainforest. The former rainforest is now the city center and suburbs.

Macaques make up the majority of the monkeys who called the jungle home.

These particular species tend to live in the jungle’s outer extremities or along river beds, where they encountered humans.

Monkeys have lost their natural habitat when developers clear away vast areas of the jungle.

There are thousands of resident monkeys skulking around certain parts of the city. Where to See the Batu Caves Monkeys?

If you head towards the hills outside Kuala Lumpur and walk along the trails, you will see the monkeys.

The most common place for tourists to see the monkeys is at Batu Caves, where hundreds of macaques live.

The wild macaques that make the limestone caves and hill their home are oblivious to humans and are not afraid of us.

You can see them wander around alone, mother and child, or in groups.

These monkeys may look cute and cuddly but are cheeky.

There are roaming gangs of monkeys who often appear to beg for food.

The monkeys are on the lookout for food. If they see the slightest sign of potential food, they will surround you.

Some innocent tourists will feed them with fruit or nuts while others snap photographs.

As tourists and visitors walk past, the beady eyes watch for the opportunity to swing down and grab.

The naturally curious monkeys will grab any new object to play with as a toy.

These can range from food and drinks to towels, caps, hats, scarfs, phones, and even purses. These monkeys may look cute and cuddly but are cheeky. Photo by Cull & Nguyen on Unsplash

The Macaque monkeys make great subjects for photos and may even be entertaining.

Do be careful as these are wild monkeys, and sometimes they harass and steal from tourists.

There are rare occasions that the monkeys turn aggressive and bite.

Monkey bites can be severe. You must immediately drop or let go of anything that they grab. It can be your water bottle or even a backpack.

The monkeys consider tug-of-war to be a challenge and may bite your hand before they let go!​ On rare occasions, the monkeys turn aggressive and bite. Photo by Josh McGuigan on Unsplash

Monkeys are naturally curious creatures. When they see something new or exciting, they will want to grab hold of it to play.

Enjoy them from a distance from the Batu Caves Monkeys as these are wild animals.

What happens when a monkey bites you?

You don’t have to be bitten to get infected – Though rare, transmission can occur through infected saliva contacting the mucous membranes of your nose or eyes or via a lick on a scratch or other break in the skin.

If you have had an encounter with a Batu Caves Monkey, perhaps you will share your story with our readers. 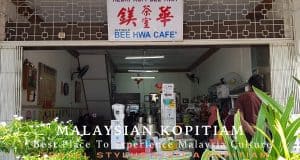 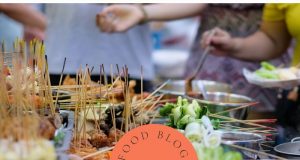